Join UNSW to change the course of COVID-19

100% of your donation goes directly to this cause

What Do We Need To Discover About COVID-19?
View Event

In the lead up to International Women’s Day 2020, UNSW feels great pride in its extraordinary alumnae community. Below is just a selection of the many female pioneers and role models who have graduated from our University.

Last year, Shemara Wikramanayake, UNSW alumna and CEO of Macquarie Group became the highest paid CEO in Australia – the first time ever that the title has gone to a woman. Shemara was first announced as managing director and CEO of Macquarie Group back in July 2018, taking over from Nicholas Moore. She made history at the time by becoming Macquarie’s first female CEO. Even more incredible is how far her journey to the top has been, having emigrated with her family from Sri Lanka when she was just 14 years old with only $200 to their names. In 2018, Shemara was also named one of Fortune’s Most Powerful Women. In addition to her work with Macquarie, Shemara is a Commissioner of the Global Commission on Adaptation, and a member of the UN’s Special Envoy for Climate Action. 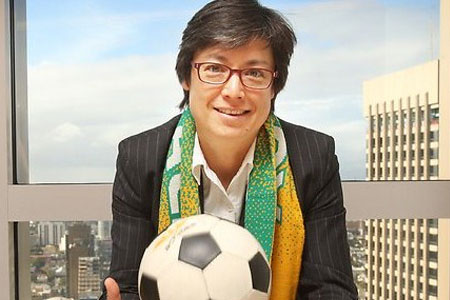 In 2013, Business School alumna, lawyer and soccer guru Moya Dodd was one of the first women ever to be selected to the FIFA Executive Committee. Moya chaired FIFA’s Women’s Football Task Force, becoming “one of the most credible and outspoken voices for change” (VICE Sports) while leading the #womeninFIFA reform campaign. She is also the honorary President of Women in Sports Law and a former player with the Australian women’s soccer team, the Matildas (1986 – 1995). Moya has received a number of accolades for her influence in the sporting arena, even being named the seventh most powerful woman in international sport (outside the US) by Forbes. 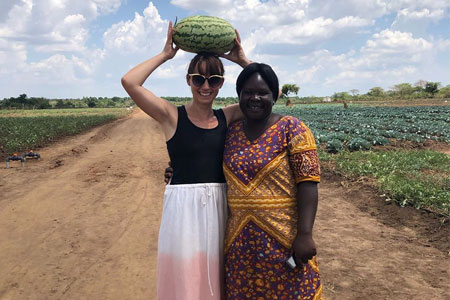 UNSW alumna Caitlin Barrett is the CEO and Co-Founder of the Love Mercy Australia Foundation, an award-winning not-for-profit organisation to assist female farmers in a war-torn central African nation. Love Mercy began in 2010 when Caitlin was just 21 and completing her undergraduate degree in International Studies majoring in Development at UNSW. She would juggle her studies with fielding calls to Uganda, which was in the midst of a civil war. Caitlin soon after founded Love Mercy alongside Olympian Eloise Wellings and Olympian and former child soldier, Julius Achon. Under Caitlin’s guidance, the foundation has raised over $2 million to empower communities in northern Uganda through the Foundation’s Cents for Seeds program, drilling new wells, and establishing local health clinics. 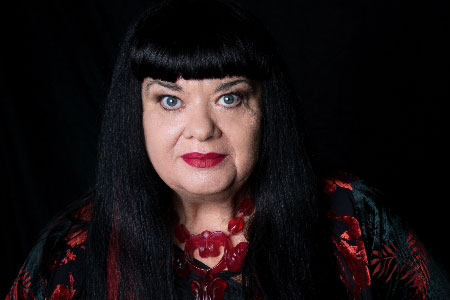 Lynette Wallworth is an Australian artist and storyteller whose award-winning immersive video installations and film works reflect the connections between people and the natural world. Her work includes the interactive video installation Evolution of Fearlessness, the award winning full-dome feature Coral (with accompanying augmented reality work), AACTA award winning documentary Tender, Emmy award winning virtual reality narrative Collisions, and the 2016 World Economic Forum, Davos and XR work Awavena which premiered at Sundance Film Festival and was in competition at the Venice Film Festival 2018. Wallworth has also been awarded a UNESCO City of Film Award, and the Byron Kennedy Award for Innovation and Excellence, and in 2016 she was named by Foreign Policy magazine as one of the year’s 100 Leading Global Thinkers. 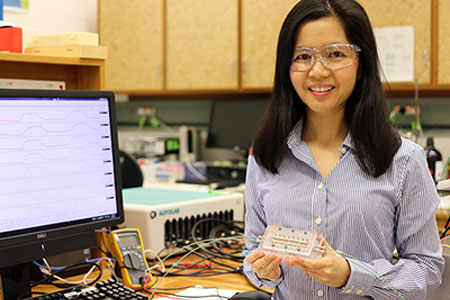 Award-winning scientist Dr Edith Chow is spearheading innovative chemical sensing technologies that have the potential to revolutionise how we monitor pollutants and diagnose disease. Combining her expertise in chemistry and nanotechnology, Edith’s work at CSIRO has seen her invent a number of breakthrough sensing technologies. Her research has laid the foundations for a multi-sensor chip that will enhance our ability to detect contaminants in water and food, as well as enabling rapid and less invasive ways of diagnosing disease. As well as paving the way for a safer and healthier planet, Edith has been a strong role model for women and girls in her field, including a regular presenter at the National Youth Science Forum and participating in CSIRO’s STEM Professionals in Schools.

UNSW Founders 10x accelerator, get ready for your 'aha moment'

The value of creative industries in times of crisis

How to fix press freedom in Australia