Take a glimpse into our climate future. Let’s imagine we are now in the year 2050.

Though science predicted the certainty of climate change many decades before, we were collectively preoccupied with more immediate matters and did not make the future health of our planet a priority. So how are we living our daily lives?

We invite you to join us for the next webinar in the Sci-Fi Series: Earth 2050 on Thursday, 10 September from 12:30pm (AEST), where we’ll take a futuristic look at climate change and what the year 2050 may hold if we continue 'business as usual carbon emissions'.

Taking lessons learnt from the current global health crisis, and behavioural change research, we will then discuss how we can positively shift our response to climate change so that the outlook is not so stark. 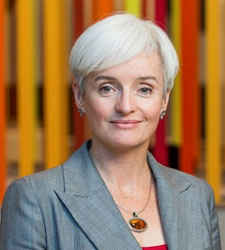 Emma Johnston is Dean of Science and Professor of Marine Ecology and Ecotoxicology at UNSW Sydney. She studies the impacts of human activities in marine ecosystems and how we can build ecological resilience. Her research is conducted in diverse field environments, from Antarctica, to the Great Barrier Reef, and temperate Australian estuaries.  She is an elected fellow of the Australian Technological Society (ATSE) and in 2018 she was made anOfficer of the Order of Australia (OA). Professor Johnston is a national advocate for the Science and Technology sector and is a Director on the Board of the Great Barrier Reef Marine Park Authority and the Antarctic Science Foundation.  She consults with industry through the development and implementation of new biomonitoring and ecological engineering techniques and frequently contributes expert opinion to state, federal & international government agencies. She is a highly sought-after science communicator and television presenter for the ongoing BBC/Foxtel series, Coast Australia, and ABC Catalyst. 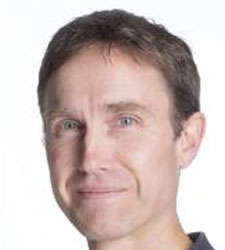 Ben Newell is a Professor in the School of Psychology at the University of New South Wales, and an Associate Investigator in the ARC Centre of Excellence in Climate System Science. His research interests include judgment and decision-making, with particular interest in the cognitive mechanisms underlying the decisions we make. Much of Ben’s published work has been on the psychological barriers which prevent people from both understanding and acting on climate change. 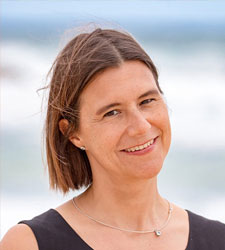 Katrin Meissner is a Professor of Climate Science at UNSW Sydney, and the Director of the Climate Change Research Centre. Born in Germany, she completed her undergraduate degrees in engineering and physics in France and was awarded a PhD in Germany in 1999. She then moved to Canada, where she worked as an Assistant Professor at the University of Victoria. In 2009, she moved to UNSW Sydney. Katrin’s research and passion is in abrupt climate change events, as well as thresholds and feedbacks in the climate system. She uses Earth System Climate Models in conjunction with paleoclimate records to improve our understanding of the basic mechanisms underlying climate variability and climate change, particularly in the context of terrestrial biogeochemical cycles and ocean circulation. 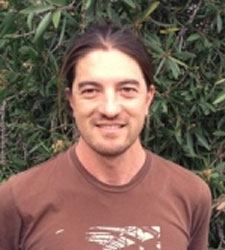 Mark Ooi is an Associate Professor and Senior Research Fellow based at the Centre for Ecosystem Science, part of the School of Biological, Earth & Environmental Sciences at UNSW. His research interests include fire and plant ecology. A lot of his work is focused on understanding the mechanistic responses of plant populations to the fire regime, threatened species conservation and the effects of climate change. Mark has developed strong collaborative links with government and conservation agencies and aims to communicate his research findings to on-ground managers and the community. He is a member of the NSW Bushfire Risk Management Research Hub and Threatened Species Recovery Hub and is involved in collaborative projects in Europe, China and Brazil, as well as with researchers from across Australia. His group lead multiple projects on subjects including the ecological impacts of fire seasonality and intensity shift, dormancy and germination of native species, threatened plant species conservation, translocation and science communication. Mark is an Associate Editor of the journals American Journal of Botany, Seed Science Research and the Australian Journal of Botany.

Engineering the Future: Living in our coastal city – challenges where the land meets the sea

Engineering the Future | Electrifying our tomorrow