Sci-Fi Series: Modern Day Alchemy and the Future of our Material World

The focus of the event will be on 'Modern Day Alchemy and the Future of our Material World' which looks at the way our world is constantly evolving in terms of the materials that we use in our lives, and the way they are manufactured.

We will explore the latest innovations in this field across recycling, health and aerospace and explore the next generation of materials and how we might manufacture our way to a better future. We will also focus on the critical questions we need to answer to make our innovations a scalable reality. 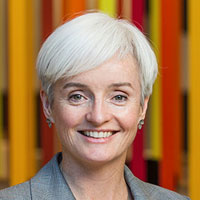 Emma Johnston is Dean of Science and Professor of Marine Ecology and Ecotoxicology at UNSW Sydney. She studies the impacts of human activities in marine ecosystems and how we can build ecological resilience. Her research is conducted in diverse field environments, from Antarctica, to the Great Barrier Reef, and temperate Australian estuaries.  She is an elected fellow of the Australian Technological Society (ATSE) and in 2018 she was made an Officer of the Order of Australia (OA). Professor Johnston is a national advocate for the Science and Technology sector and is a Director on the Board of the Great Barrier Reef Marine Park Authority and the Antarctic Science Foundation.  She consults with industry through the development and implementation of new biomonitoring and ecological engineering techniques and frequently contributes expert opinion to state, federal & international government agencies. She is a highly sought-after science communicator and television presenter for the ongoing BBC/Foxtel series, Coast Australia, and ABC Catalyst. 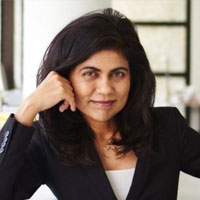 Professor Veena Sahajwalla is an internationally recognised materials scientist, engineer, and inventor revolutionising recycling science. She is renowned for pioneering the high temperature transformation of waste in the production of a new generation of ‘green materials.’

In 2018, Veena launched the world's first e-waste micro factory and in 2019 she launched her plastics micro factory, a recycling technology breakthrough that turns waste into entirely new materials and products. Veena also heads the ARC Industrial Transformation Research Hub for ‘green manufacturing’, a leading national research centre that works in collaboration with industry to ensure new recycling science is translated into real world environmental and economic benefits. In 2019 she was appointed inaugural Director of the Circular Economy Innovation Network by the NSW Government through its Office of Chief Scientist and Engineer. 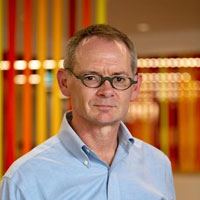 Justin Gooding is currently an ARC Australian Laureate Fellow, the co-director of the Australian Centre for NanoMedicine and the co-director of the New South Wales Smart Sensing Network. In his role as ARC Professorial Fellow in the School of Chemistry at UNSW, Justin leads a research team of 23 people interested in surface modification and nanotechnology for biosensors, biomaterials, electron transfer and medical applications.

Justin graduated with a B.Sc. (Hons) from Melbourne University before spending two years working for ICI Research.  He then returned to University obtaining a D.Phil. from the University of Oxford and received post-doctoral training at the Institute of Biotechnology in Cambridge University. Justin returned to Australia in 1997 as a Vice-Chancellor’s Post-Doctoral Research Fellow at UNSW Sydney before commencing a lectureship at Flinders University in 1998 and then UNSW in 1999.  He was promoted to full professor in 2006 and in 2011 he was promoted to Scientia Professor, the highest award for research performance given by UNSW. 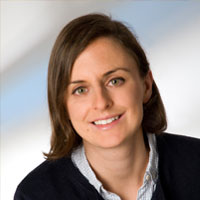 Sophie Primig is a Scientia Associate Professor in the School of Materials Science and Engineering at UNSW Sydney. She came to UNSW as a Lecturer in 2015 after studying and researching in Austria at Montanuniversitaet Leoben where she completed a Masters of Engineering (Materials Science and Engineering) in 2008 and a PhD in Mining and Metallurgical Engineering (2012). Sophie’s research contributions are in processing-structure-property relationships of structural metallic materials for high performance applications, including Ni-based superalloys, advanced steels, Ti-, and Al-alloys processed by conventional thermo-mechanical routes or 3D printing. Sophie also has a keen interest in aerospace and is the editor of the Journal of Materials Science.

The Future of Med-Tech in a COVID World

Engineering the Future | Electrifying our tomorrow