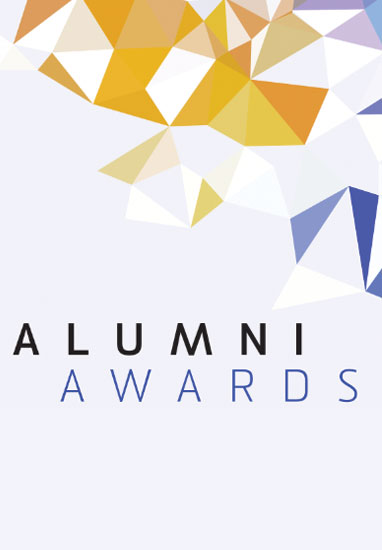 Join us as we celebrate the trailblazers and transformers within our alumni community.

Lessons in Leadership with Dominic Barton

McKinsey veteran Dominic Barton shares insights on the ‘screaming’ middle class, Blue Chips that are as agile as startups, and why the Pope cares about artificial intelligence.

More than 600 UNSW alumni made good use of their lunch break on August 1 by attending Lessons in Leadership – an exclusive interview with Dominic Barton, McKinsey’s Global Managing Partner Emeritus, led by Dr Andrew Kuper, multi-award winning founder of LeapFrog Investments.

In this insightful presentation, Dominic unpacked his experiences from across 30+ years with McKinsey, including a 1989 meeting with then-Treasurer Paul Keating MP when – after a few wines – the pair determined that merging Australia, Canada and Ireland into one country was a brilliant business decision.

From his unique vantage point, Dominic shared a number of insightful leadership lessons, including his chief concerns around global “gravitational forces” that all businesses and consumers need to be aware of.

1. We aren’t keeping pace with “historic” economic shifts to the East

According to Dominic, the world is currently in the early to middle stages of a great economic movement from the west to the east. In terms of regions with the most economic weight, in year zero it all started in Pakistan, he explained.

“Over 2,000 years, this economic weight shifted to Europe and North America…. But what’s going to happen is, even though it took us 2,000 years to get there, in just 75 years we’re going right back to the east, a little bit north of Islamabad, in terms of GDP,” he said.

This change will mean 1.6 billion new middle class consumers coming into the global system in the next 20 years, the bulk of which will be in the Asia and Africa region. The projected consumer growth in North Asia alone will require as much as 76 new Unilever-type organisations to meet consumer demand.

“This shift is massive and I think we underestimate how big it is… that is coming at us at speed, driven by urbanisation,” said Dominic. “This single force, in and of itself, is enough to make this next 20-30 years historic.”

2. Technology is challenging everything, from science to religion

While rapidly developing technologies are far from a new challenge, Dominic cautioned that today’s digital disruption is only the tip of the iceberg.

“We’re in very early stages. Larry Summers (US economist) would say we’re in chapter one of a 100-chapter book,” said Dominic. “Data is transforming everything… even how we think about science.”

One example, he said, was London-based programmer DeepMind which, through the use of data, is challenging scientific ‘facts’ by no longer taking the orthodoxies of the periodic table as a given.

“That is a pretty radical change in regards to something that we thought to be fixed,” he said.

This is influencing all organisations, with even the Pope and the Catholic Church having worked with McKinsey with regards to advances in artificial intelligence.

“I don’t think there’s anything in the Bible about artificial intelligence, but if you’re the leader of global 2,000-year-old religious institution, you better have a point of view on that,” he said.

“We’re all yearning for philosophy and ethics to go with how we think about the data. But technology keeps racing ahead; it’s not going to wait for us.”

3. Demographic challenges are more diverse than we realise

Not all of demographic challenges are to do with our ageing population, though this is still a dominant consideration, said Dominic. In the next 10 years, there will be more people in the world over the age of 65 than under the age of 15.

“As I get older, myself I think its’ nice to have more older people in the system… but we tend to cost more and produce a little less. We need to think about what this means for traditional GDP and per capita growth models, what it means for healthcare costs,” he said.

For some regions, however, the opposite is true.

“Today we have an incredibly young demographic in Africa and southern parts of Asia. In Uganda, 70% of the population is under 30, and that represents its own set of challenges.”

As technology drives an increasingly automated world, the middle-aged are also facing the biggest challenges around employment and up-skilling.

“In Canada, by 2030, 10 million of the 18 million-person workforce will not have the same job, because that job will be automated. The average age of that group is 45 years, so they’re not going to be able to go back to university to reskill,” Dominic explained.

“That displacement will be existential if we don’t figure out now how to deal with it, and 2030 is not that far away.”

4. Startups aren’t the only ones leading in agility

As one of the leading insurance companies in China, the mantra of Ping An Chairman Peter Ma has always been “urgency and speed”, said Dominic.

Today that call centre has 232 million customers, and has grown into one of the largest healthcare companies in the world. Ping An is now also using the data around what’s ailing the average Chinese person to feed insights into company-owned health research centres.

As one of the world’s largest fashion groups, Inditex now operates more than 7,200 stores in 93 markets worldwide, and is widely known as the parent company of Zara.

“In my view, it has the fastest moving supply chain of any organisation on the planet,” said Dominic.

“It also has a very unusual structure, basically just two levels - senior executives and a very large group under that. I still can’t understand how they do it, but they make decisions very quickly.”

5. The middle classes are “screaming” into a void

“There is a yearning – no, a screaming – for a better societal deal right now,” said Dominic.

“Middle classes across the world are pissed off, they are not seeing democracy and capitalism as a way for them to be able to move ahead, and we’re seeing the effects of that.”

When considering issues around job automation and displacement, this is likely to get much worse before it gets better, he added.

“The problem is, there’s no constituent or stakeholder we can point to, to say ‘are you working on that?’ All of us think someone else is working on it, but unfortunately there is no one. It’s up to us to work on it.”

Citing the ‘father of economics’ Adam Smith, in his first book, The Theory of Moral Sentiments, Dominic noted: “It is the duty of the entrepreneur to take care of the society in which they operate”.

“Business has a broader role to play in society… we could all do well to remind ourselves of that. Because if we don’t work on the system, the system will collapse,” he said.

For more Lessons in Leadership, watch the full interview here.

#UNSWFromHome | Cultivating Happiness in Times of Crisis: What Can Philosophy Teach Us?