Indigenous communities have long yearned for an equal voice in education. UNSW is helping to deliver this change through a wonderful community-driven initiative.

As part of the UNSW Matraville Education Partnership between UNSW Arts & Social Sciences and the Little Bay Community of Schools (LBCoS), members of the Aboriginal Education Consultative Group from the La Perouse Aboriginal community in Sydney have contributed to all UNSW School of Education Indigenous initiatives.

The highlight of this partnership initiative is the thriving Culture, Curriculum & Community Project (CCCP), which impacts at least 300 primary school students, eight Aboriginal community members, and 12 teachers across five schools.

Launched in 2015, the CCCP invites Aboriginal community members into the classroom to share their knowledge and experience, working alongside teachers as equal leaders to craft curriculum and deliver key lessons that cultivate a greater understanding of Aboriginal culture.

“I think it’s fantastic, this is something that the elders always wanted to do, they wanted to get into schools and teach our ways, bring all that Aboriginal perspective into the lessons,” says local Aboriginal elder, Aunty Maxine Ryan. “We’d love to see it spread to more schools.”

The curriculum is developed in consultation between the teachers and the participating community members, with a focus on dreamtime stories, natural landmarks, Indigenous languages and lifestyle. This semester alone, Aunty Maxine’s teaching has included hikes around Indigenous landmarks, cooking traditional ‘bush tucker’; making a map of Aboriginal Australia using shells, and comparing the Sydney Opera House with Uluru to identify differences between natural and man-made environments.

Chifley Public School teacher Louise Jreige says she has found it easy to adopt this new team-teaching style, and has seen major benefits delivered to the students and the community as a result. “I’m so glad I’ve had the chance to be a part of this program, and I’m hoping it continues to grow next year.

“The kids are really enjoying it and learning a lot about Indigenous culture and the local area,” she says. “The Aboriginal kids too are feeling proud of their culture. We have some students showing us traditional dances, teaching us Indigenous words. They have lots of stories to share with everyone, you can see how they love getting up and talking about their life and their family.”

The students aren’t the only ones expanding their knowledge, adds Louise. “I’m learning a lot as well, I live in this area and there was so much that I thought I knew but I didn’t really, so it’s been good to speak to Maxine and some of the other community elders to understand more,” she says. “I would definitely encourage other schools to adopt programs like this, and even the schools that don’t have a big Aboriginal population.”

“I would love to say a big thank you for supporting this project, we wouldn’t have done it without you,” Aunty Maxine says. “As long as we have your backing, the stories can flow on, getting bigger and bigger.” 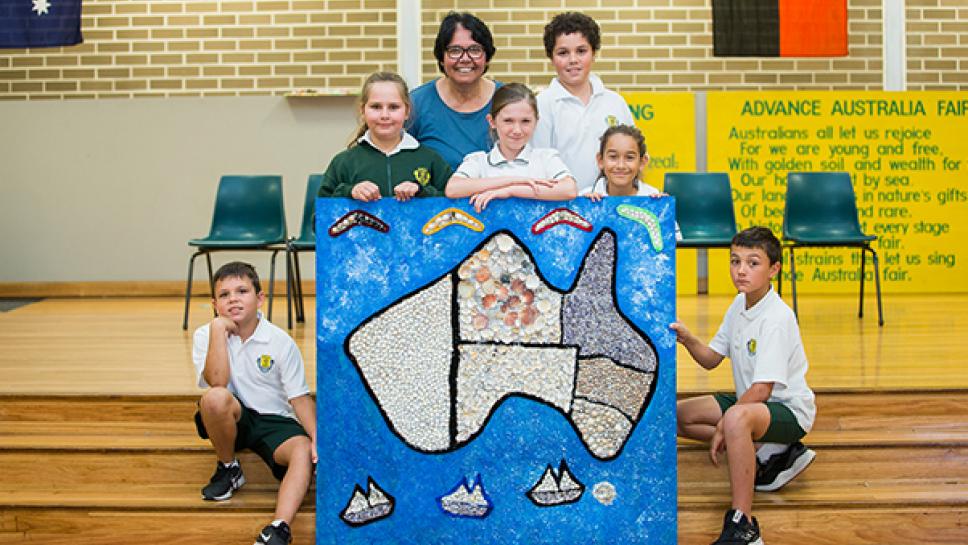 The Culture, Curriculum and Community Project is supported by The Ian Potter Foundation.

A real chance to succeed

A Labour of Love