This year is our 50-year anniversary of the annual Alumni Awards Program. As we celebrate this milestone, we are delighted to announce our 2022 Alumni Award winners.

We acknowledge and celebrate their tremendous achievements in art, culture, innovation, entrepreneurship, research, and social impact making a profound impact here and around the globe.

Patricia Adjei is a Wuthathi, Mabuiag Islander and Ghanaian woman and arts and ICIP advocate from Warrane/Sydney.

Patricia holds a B.Arts and Law from UNSW Sydney and is the Head of First Nations Arts and Culture at the Australia Council for the Arts. Patricia previously was the Indigenous engagement manager at the Copyright Agency l Viscopy. She is also a 2018 Churchill fellowship recipient, investigating the practical application of laws in the USA and Panama that protect Indigenous cultural rights.

Patricia has served on the City of Sydney, Aboriginal and Torres Strait Islander advisory panel and has been a Board member of the Contemporary Pacific Arts Festival and the Moogahlin Performing Arts Board. 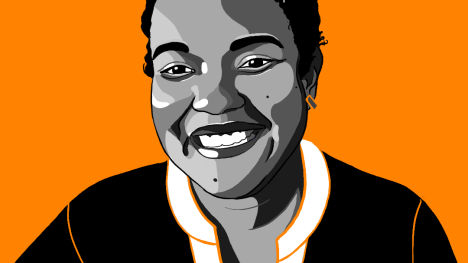 Dr Aengus Tran is the cofounder and CEO of harrison.ai, a Sydney med-tech company that harnesses the power of artificial intelligence to build powerful tools for clinicians that help scale the global capacity of healthcare.

Aengus trained as a medical doctor at UNSW Sydney. At the same time, he is also a skilled AI engineer with a deep passion for applying the latest advancement in technology to save lives.

Together with his brother Dimitry Tran as cofounder, Aengus is leading the talented team at harrison.ai toward an ambitious goal of improving the quality of care for 1 million patients every day through the collective reach of the products they have built by 2025. 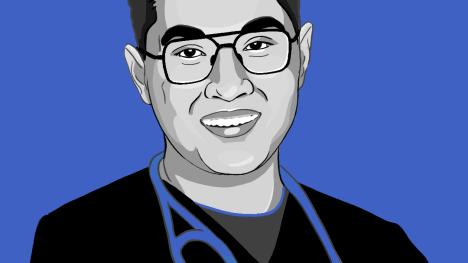 Gabby Costigan is Group Managing Director, Business Development for BAE Systems., and a passionate advocate for championing women in defence and women in STEM across Australia.

After graduating with a degree in Aeronautical Engineering Gabby joined the Australian Army, eventually retiring as a Colonel after a distinguished career that included operational experience commanding logistic operations for both Australian and US deployed military forces.

Gabby has been honoured for her military service by the Australian and US Governments and NATO and was awarded a Most Excellent Order of the British Empire (MBE) for services to UK/Australia relations in 2019.

Gabby was previously the Chief Executive Officer of BAE Systems Australia, the largest defence and security company in Australia. In that time Gabby built the workforce from 3,000 to over 5,000 and expanded the company order book through winning key campaigns including upgrades to the Jindalee Over the Horizon Radar system, 9-ship Hunter Class Frigate Program and F-35 maintenance contract. Gabby was until recently Chair of the Council for Women and Families United by Defence Service. This forum provides women and families a direct connection into the Minister of Defence’s office to raise issues affecting defence members and their families.

Prior to joining BAE Systems Gabby was CEO for Linfox International Group, where she focused on transforming the business with an emphasis on strong customer service and the highest standards in safety and integrity across the region.

Following nomination by the Prime Minister, Gabby represents the economy as one of two Australian members of the Asia Pacific Economic Cooperation Business Advisory Committee (ABAC). Gabby is responsible for supporting and promoting Australian interests across the Asia Pacific region, with particular focus on STEM and women in business. 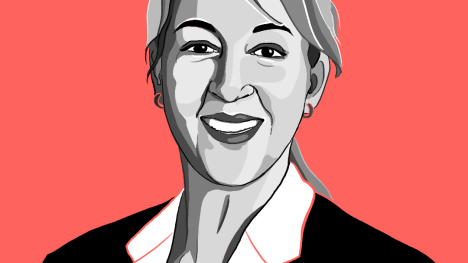 CPJP is an Australian NGO that works with partners in the Asia Pacific region to promote abolition of the death penalty; providing substantial assistance to persons who are at risk of execution, carrying out advocacy and policy work, and training and equipping advocates and organisations in the region.

Simone joined CPJP in 2020, having previously been a Director of Reprieve UK for seven years. In this time, Simone helped professionalise and grow Reprieve. Her focus has been on strategy, policy and governance of organisations that seek accountability of governments for extreme rights abuses, including the death penalty.

Simone has a Master of Laws (with a focus on international law and human rights) from the UNSW Sydney, and has published articles on human rights law issues, including an award-winning one in 2012 on indirect discrimination. She is a NSW licensed solicitor and has a Bachelor of Laws and Bachelor of Arts from the UNSW Sydney. Simone is also a Professional Fellow at the University of Technology Sydney.

The most thrilling moments of Simone’s career to date have been working to support a case in which three individuals were exonerated and release from a death row abroad and getting to know the Afghans at risk of execution that CPJP has advocated for and helped bring to safety in third countries.

In the coming months Simone is going to be focusing on her most special endeavour:  she’ll be spending time training her 2 favourite activists in the making/sons and having her third child. Simone would like to thank her parents, husband, children and UNSW for being supportive of her career and enabling her to pursue meaningful work. 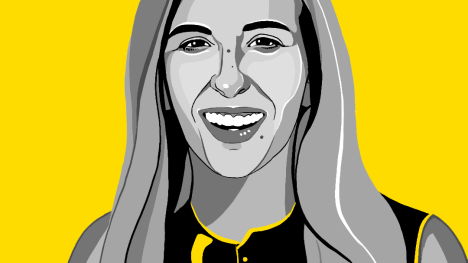 Professor Michelle Coote is a Matthew Flinders Professor in Chemistry at Flinders University, having recently moved from the Australian National University (ANU).

She is a graduate of the UNSW Sydney, where she completed a BSc(Hons) in industrial chemistry in 1995 and a PhD in polymer chemistry in 2000. Following postdoctoral fellowships in polymer physics at the University of Durham, UK, and computational chemistry, at the ANU, she established her own research group at the ANU in 2004.

She is a Georgina Sweet ARC Laureate Fellow, an Executive Editor of JACS, an elected fellow of the Australian Academy of Science, and has received many awards, most recently the 2021 RACI Leighton Memorial Medal. Her group uses theory and experiment to design new synthetic methods and catalysts, with an emphasis on non-traditional methods of bond activation using electricity and light. 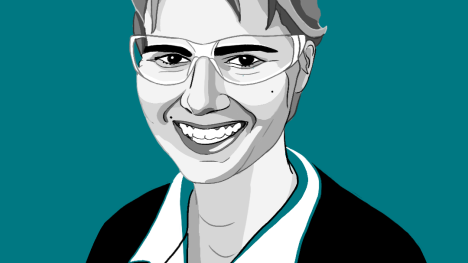 Mayooran graduated medical school from UNSW Sydney with First Class Honours and subsequently completed internal medicine and specialist cardiology training at St. Vincent’s Hospital, Sydney. He completed a PhD in cardiovascular physiology at the Victor Chang Cardiac Research Institute, St. Vincent’s Hospital and UNSW Sydney. Following this, he spent two years in Boston where he completed a Clinical and Research Fellowship in Advanced Echocardiography at the Massachusetts General Hospital and Harvard University.

In addition to his clinical work, Mayooran is actively involved in teaching and research. He is Faculty and Laboratory Head of the Heart Valve Disease and Artificial Intelligence Laboratory at the Victor Chang Cardiac Research Institute, where he leads research into heart valve diseases using state-of-the-art cardiac imaging and machine learning techniques. 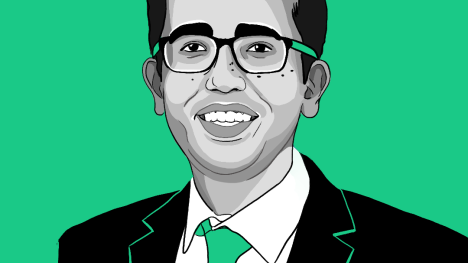 Robyn Denholm is a leading global technology executive. She is Chair of the Board of Directors of Tesla Inc., Operating Partner of Blackbird Ventures and Chair of The Technology Council of Australia.

Robyn joined the Tesla Board in 2014 as an Independent Director and Chair of the Audit Committee. She was appointed to serve as Independent Chair of the Board of Directors in November 2018 and re-elected as Chair in 2020. Robyn joined Blackbird Ventures as an Operating Partner in January 2021, in this role she works with the founders of later stage technology companies to help them scale and succeed.

In addition, Robyn is actively stewarding the Australian technology sector as Chair of The Australian Tech Council, which was launched in 2021, with an ambition to get 1.2 million people into Australian tech jobs by 2030.

Her global experience encompasses leadership roles across a range of leading companies, including Telstra, Juniper Networks, and Sun Microsystems. In her time at Telstra Robyn served as Chief Financial Officer and Head of Strategy, where she also served as its Chief Operations Officer.

Robyn is a passionate advocate for the technology industry as well as advancing a diversity of voices in the sector.

I believe working in technology represents one of the greatest opportunities for Australia in the 21st century. Most crucially and why I hope to impart a sense of optimism for the next generation is that tech jobs have the ability to solve some of the most complex problems of our time. It matters for this generation, but also gives hope for them to solve problems and improve the world for generations to come. 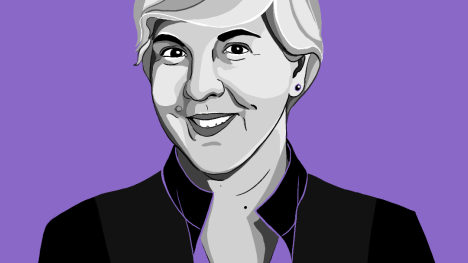 The 50 Year History of the Alumni Awards

The UNSW Alumni Awards recognise our most exceptional graduates, many of whom have gone on to change the course of history. This year, we are thrilled to celebrate the milestone of 50 years since these awards first took place in 1972. Join us as we revisit some of the highlights over the decades. 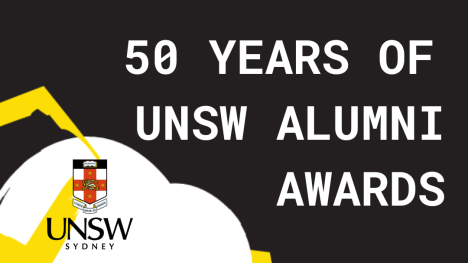 2022 Winner Illustrations have been created by alumna Jelena Sinik (BMedia ’14). Jelena now teaches in the School of Arts and Media at the University.