The pioneering support provided by Geoff Ainsworth AM and Johanna Featherstone of the Oranges & Sardines Foundation was critical to the success of the Uluru Dialogues: a national roadshow of education and consultation in search of a way forward for the constitutional recognition of First Nations peoples. Five years on, resolution is closer than it’s ever been before.

On a momentous weekend in April, just a few weeks short of the fifth anniversary of the Uluru Statement from the Heart, a group of First Nations leaders gathered in Cairns.

Among those gathered were many who had taken part in the historic Uluru Dialogues, the unique and extraordinary collective decision-making process led by Professor Megan Davis and the UNSW Indigenous Law Centre, and made possible by supporters like Geoff Ainsworth AM and Johanna Featherstone of the Oranges & Sardines Foundation.

Held across 2016 and 2017, the Uluru Dialogues were a series of in-depth, multi-day, grassroots meetings with First Nations communities across the land. They featured well-informed discussions about the available legal and constitutional options. They invited the sharing of stories and perspectives, and served as a forum for the resolution of tensions, agreements and disagreements between the many voices invested in the idea of constitutional recognition.

Those discussions led to the 2017 First Nations National Constitutional Convention and the Uluru Statement from the Heart: a powerful and hard-won consensus built on the strength, the conviction, and the heart of all those involved.

“We are honoured to be supporters of this historic process and Uluru Statement that encompasses so many hopes and voices – past, present and future – for First Nations justice,” Johanna says. 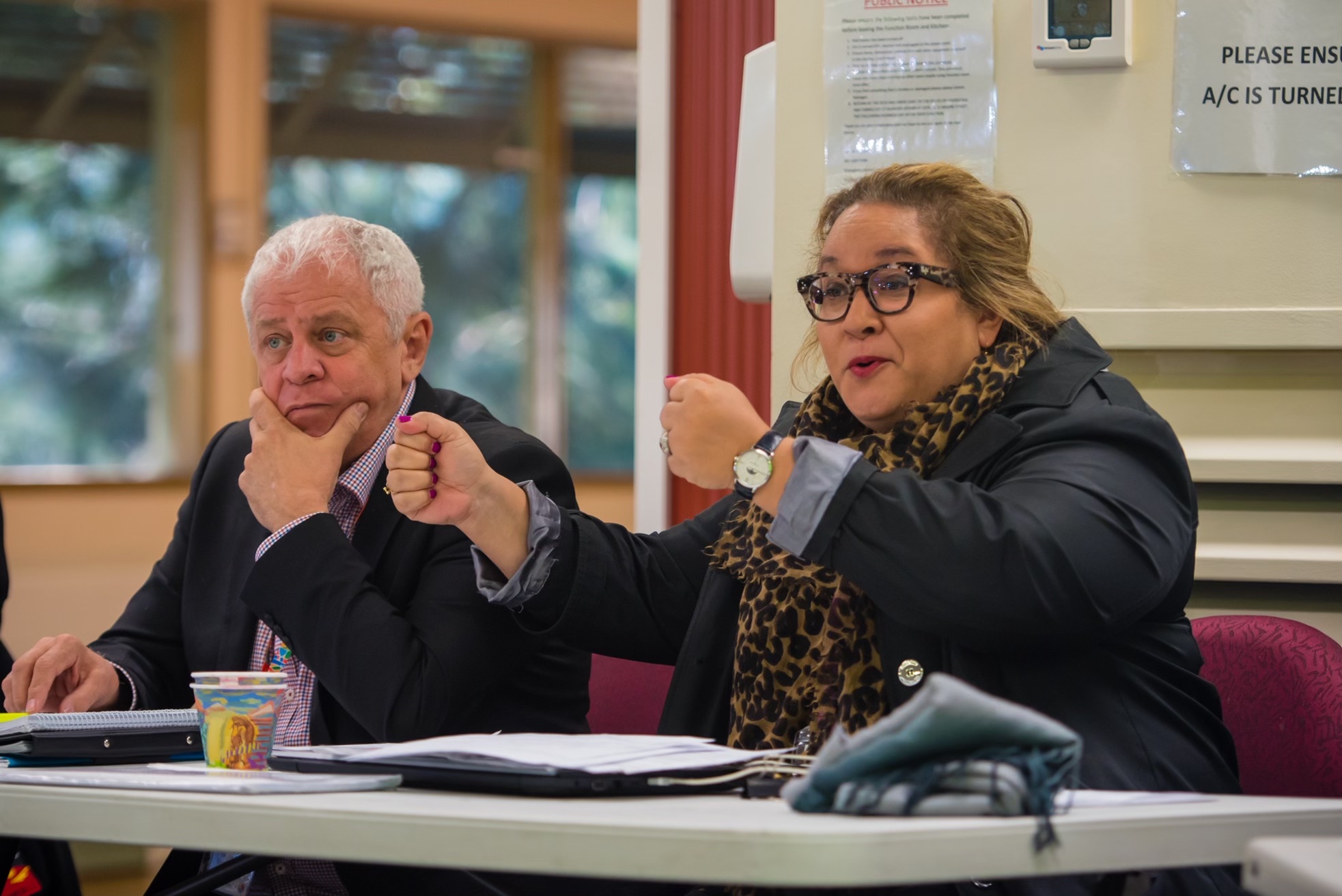 The gathering in Cairns gave those who had been part of the Uluru Dialogues time to reflect on just how much ground has been covered in the last five years.

Accomplishments included the emergence of the youth-led Uluru Youth Network, the recognition of the 2021 Sydney Peace Prize, and the ongoing conversations with Indigenous and non-Indigenous Australians through seminars, webinars, in-person meetings, social media and countless media appearances.

But the gathering was also an opportunity to chart a course for the weeks and months ahead. After three days of discussions, the leaders travelled to Yarrabah, an Aboriginal township and former mission on Gunggandji Country south of Cairns, to reaffirm their commitment to the Uluru Statement, and its most urgent priority: a Voice to Parliament, enshrined in the Constitution.

The Voice will compel Members of Parliament to listen to First Nations perspectives whenever they are making decisions about laws and policies that affect Aboriginal and Torres Strait Islander people. Constitutional protection ensures that the First Nations Voice is permanently embedded in the country’s political institutions.

“It’s a really simple proposition,” Megan says, co-Chair of the Dialogues and Balnaves Chair in Constitutional Law at UNSW Sydney. “The quality of the output, in terms of policy, is going to be better if you’ve got the people it’s going to impact, contributing to it. Most Australians don’t know that, outside of the 15 years of the Aboriginal and Torres Strait Islander Commission (ATSIC), which was abolished in 2014, we have not had our people at the table. That’s why we’re not closing the gap. That’s why things aren’t changing.”

“Ensuring First Nations voices are truly valued is urgent in closing the gap, telling truths and shaping our collective future for the better of all Australians. The Uluru Statement is a critical step forward on this shared path,” Johanna says.

The ‘Yarrabah Affirmation’ was made in the presence of Yarrabah man, Alfred ‘Pop Alfie’ Neal, one of the original campaigners from the 1967 referendum that saw more than 90 per cent of Australians vote in favour of having Aboriginal and Torres Strait Islander people ‘counted’ as part of the Australian population.

Like all changes to the Constitution, the proposed Voice to Parliament requires a referendum and support from the majority of Australians across the majority of states and territories. Many see the proposition as a challenge but not, according to Megan, the veterans of the ’67 campaign.

“Back in 2017, we discussed this with people. We said, winning a referendum is a pretty hard thing to do… and the old people said, it’s fine, we did it in ’67!

“The senior leadership who were around when ’67 happened, they’ve only got one experience with a referendum, and that’s winning.”

Over the weekend in Cairns, the leadership searched the calendar for dates the referendum could be held. It had to be a Saturday. And it had to be soon. To the wonder of those present, two key opportunities loomed: Saturday, 27 May 2023, the 56th anniversary of the 1967 referendum success, and Saturday, 27 January 2024, falling the day after the increasingly incendiary ‘Australia Day’ celebrations, now often referred to as ‘Invasion Day’. The Yarrabah Affirmation makes specific reference to both dates.

“The stars are aligned,” Megan says. “The time for the Uluru Statement reforms is now. And with the Yarrabah Affirmation, we have put out a statement that says, ‘Australia, history is calling’.”

Find out more about how you can support the constitutional reforms driven by the UNSW Indigenous Law Centre that will give First Nations people a Voice by clicking here.

A real chance to succeed

A Labour of Love