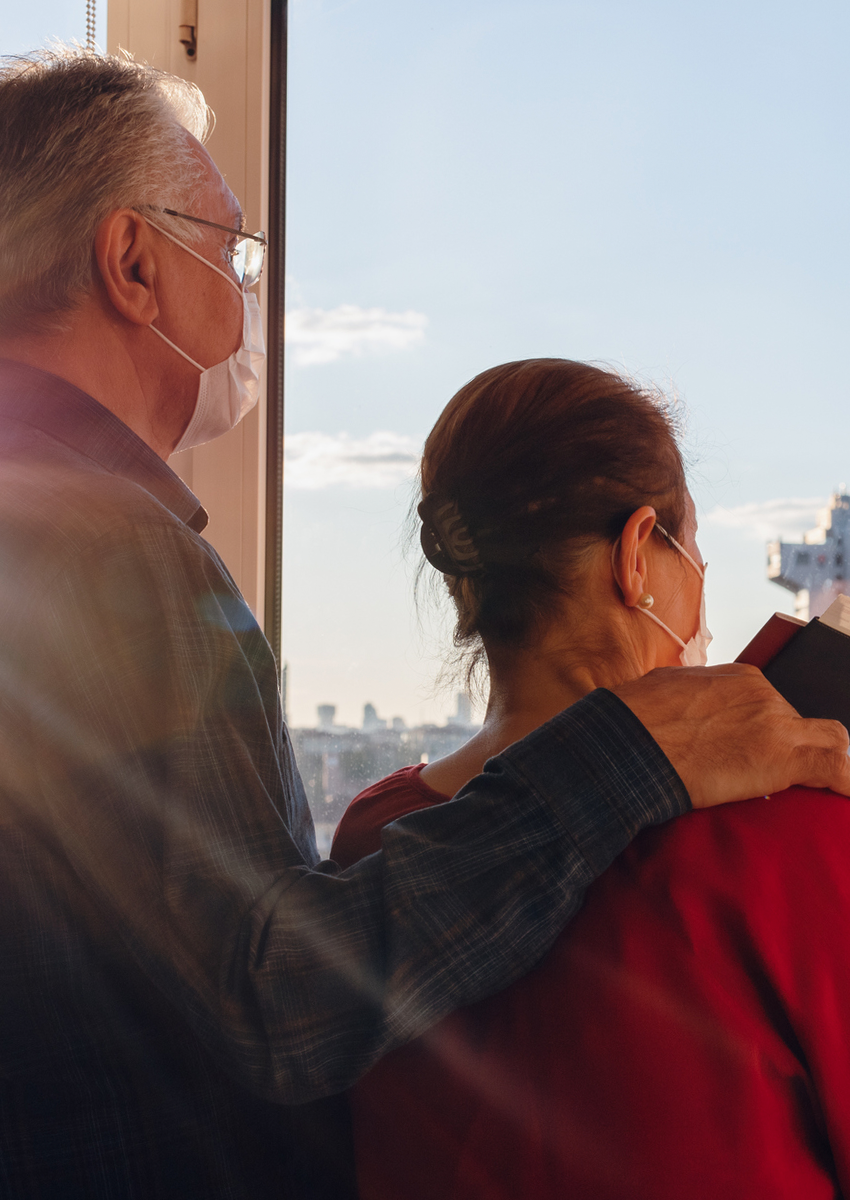 Join UNSW to change the course of COVID-19

100% of your donation goes directly to this cause

What Do We Need To Discover About COVID-19?
View Event

Making waves to cure MSA: The story of Pete and Yve Beard

On a crisp and sunny mid-winter morning in 2012 in Moreton Bay, South East Queensland, local sailors take to the water for the inaugural BIG LAP race.

Their boats zip and glide through the bright blue waters of Moreton Bay, circling Peel Island then Green Island, before completing a full lap back to Waterloo Bay. Though there are prizes for the winning yachts, for these competitors, glory is not front of mind. Instead, they race the shared goal to raise funds to support research and awareness around Multiple Systems Atrophy (MSA).

Since that first exciting event, skippers in the community have gathered to hoist their sails for seven years now in support of friend and fellow sailor, Pete Beard, who was diagnosed with this rare and degenerative neurological condition in 2010. Today, MSA is a little known but debilitating disease, affecting approximately 2,500 people in Australia, with currently no cure.

“Pete was diagnosed with MSA after extensive tests, and there’s no known reason as to why it occurs,” says Yve Beard - Pete’s wife and co-facilitator of the BIG LAP. “We had never heard of it before, and we felt like we were the only people in Australia that were dealing with it - there was very little information available. There were highs and lows, and we learned to work around each new symptom as it arose.”

Though Pete sadly passed away from his condition in July 2015, in the five short years following his MSA diagnosis he was committed to living life to the fullest. This included his bold decision, made while he was in hospital for treatment in late 2013, to participate in the International Federation for Disabled Sailing championships in Halifax, Nova Scotia in August 2014.

“Pete was such an active, positive person; he had such a positive attitude and never complained about anything. When he came out of hospital saying he wanted to compete in Halifax, in true form that's exactly what he did,” says Yve.

To help Pete fulfil this dream, in January 2014 his close sailing friends decided they would raise money in support of this. In the space of four or five months, after an auction, selling many raffle tickets and assistance from financial sponsors, they raised $35,000 – enough to purchase a Skud18 sailing boat, which Pete named ‘Reason to Live’. The funding also allowed Pete and his team sailor, Rachel and ‘Reason To Live’ to travel to Halifax for the championships.

“It was so humbling, wonderful and inspiring to see people, many that we did not know, come out to support Pete. The generosity of everyone was simply amazing,” says Yve. “For the three weeks while in Halifax, Pete competed in two blocks of championships – each over several says, with up to four races a day, and only a 10-minute break between each of them. MSA takes away a lot of your muscle power and strength, but it didn't take away Pete's determination.”

Pete’s experience in Halifax was a true blaze of glory, taking first place in 8 out the 11 races, and being awarded the Perpetual Trophy in recognition of his strong sportsmanship. This medallion would become a lasting symbol of his determination and courage during what would be the last year of his life. Though he returned from Halifax after great success, his worsening condition rendered him unable to sail again.

“It just got too difficult. The disease had progressed quite quickly, and just 10 months after we returned from overseas, he passed away,” says Yve. “But Pete had done all of the things that he wanted to do. It was an amazing year.”

Pete’s legacy lives on today in numerous ways. It can be found on coastal waters of Manly, Queensland where he frequently sailed with Yve and friends. It’s in the hearts and minds of the Moreton Bay Trailer Boat Club, who honour Pete each year with the BIG LAP race and the Royal Queensland Yacht Squadron, who honour Pete annually with the EKKA WAGS (Wednesday Afternoon Gentle Sailing). It is in the Peter Beard Perpetual Trophies, named in his memory and presented at these two local sailing club events – to raise awareness around MSA.

It’s also in the generous funding raised by Yve and the sailing groups, which provides critical support for Australia’s only research lab dedicated to researching MSA, led by geneticist Dr Michael Janitz. Supported by a community of MSA patients and their families, Dr Janitz and his research team are pioneering solutions for early detection and treatment of this rare and misunderstood neurodegenerative disease.

As part of his work, Dr Janitz has also begun many dialogues with members of the MSA community, offering assistance and information about his research and its findings. In response, the community have rallied to generously support his cutting-edge brain science, inspiring him to establish the MSA Research Fund at UNSW.

“I'm quite overwhelmed by Dr Janitz, because he has the community in his conscience, and being able to actively research this is wonderfully fulfilling for him,” says Yve. “I hope that he will be one of those researchers that we celebrate down the track for the great positive changes he is driving.”

Dr Janitz says the MSA community is integral to his work, and it’s important to him that they feel supported throughout what can be a very difficult time.

“My impression is that many MSA patients and their families feel a little bit abandoned in terms of the awareness and information available,” he says. “My message to them is that we are here to specifically focus on this disease and to progress understanding.”

After hearing about their experience from a colleague in the MSA community, Dr Janitz reached out to Pete and Yve in 2014. After connecting, Pete requested that his brain be donated to support Dr Janitz’s MSA research efforts. In early 2019, Yve was able to sell ‘Reason to Live’ for $15,000 after Pete passed – this amount was not only donated to the cause, but also allowed a quadriplegic man who loves sailing to take to the water every day.

“My hope is that, in time, a diagnosis and a cure will be found for this devastating condition,” says Yve. “I want to reach out to many more people about Multiple System Atrophy, as the more people know about this condition; hopefully the more funding will be available to research extensively.”

Yve feels that, though this experience has been an incredible challenge, it demonstrated to her the strength of a community, and just how many people are willing to rise up in our times of need.

“Throughout these past few years, I have felt like there were many big, beautiful spirits around us, helping us through. I still have them around me today - and I know Pete is one of them.”

Celebrating our friends in Shanghai places