Seahorses don’t play among kelp forests. Instead, they live among meadows of waving, flowering seagrass. Seagrass is vital for many sea creatures, including flathead, prawns and blue swimmer crabs. But in New South Wales, the seagrass species known as Posidonia is under serious threat.

Six Posidonia seagrass meadows, including areas in Lake Macquarie (Awaba) and Botany Bay (Gamay), are listed as endangered and could completely disappear within the next few decades. 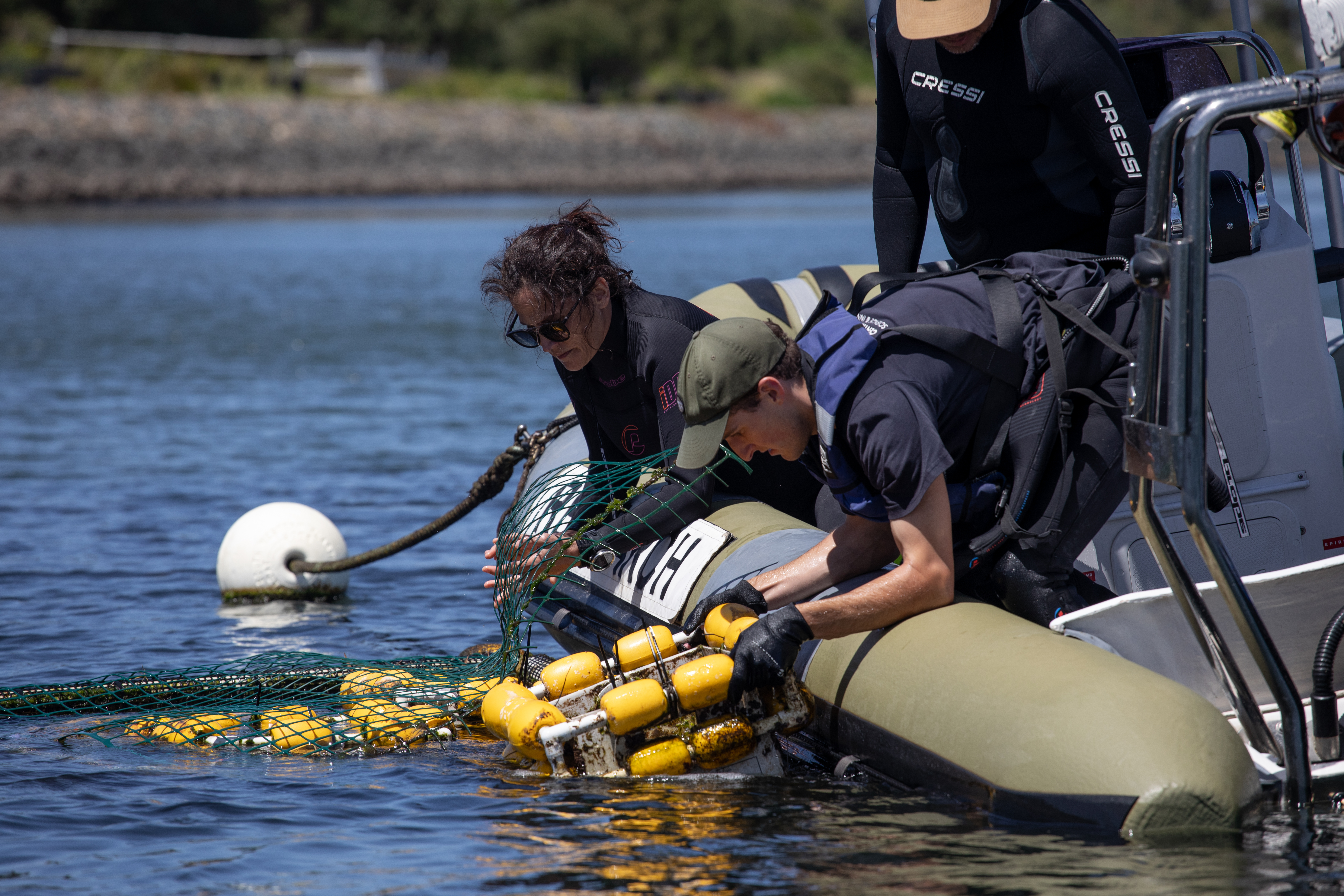 Now a US$100,000 Wild Innovator grant, one of only ten awarded globally by Wild Elementswomen conservationists and scientists, is helping kick-start Operation Posidonia’s latest project in Sydney’s Botany Bay.

We speak with Professor Vergés on Operation Posidonia and the importance of regenerating – and conserving – our seagrass meadows.

Q: It’s estimated the world loses a football field of seagrass every 30 minutes. Why is seagrass important and why is its loss so worrying?

Seagrass meadows play a very important role along our coasts. They recycle nutrients, improving the water quality so that it’s clear, and they protect shorelines from erosion. The plants are also important for carbon sequestration. Seagrass can store carbon up to 40 times faster than terrestrial forests. These meadows, when they’re healthy, are very productive.

Seagrass meadows also support a myriad of species you don’t find elsewhere. If you lose seagrass, you lose an entire habitat. You may love the seahorses, but unless you have the seagrass, there’ll be no seahorses!

Q: Where did your interest in seagrass meadows begin?

I come from Barcelona, and in the Mediterranean we don’t really have large kelp forests – the main habitat underwater is Posidonia meadows (Posidonia oceanica). I grew up snorkelling around that habitat. I guess my fascination is partly aesthetic, partly romantic, and partly ecological because seagrasses are so foundational to everything. And they are a bit of an underdog in a way. 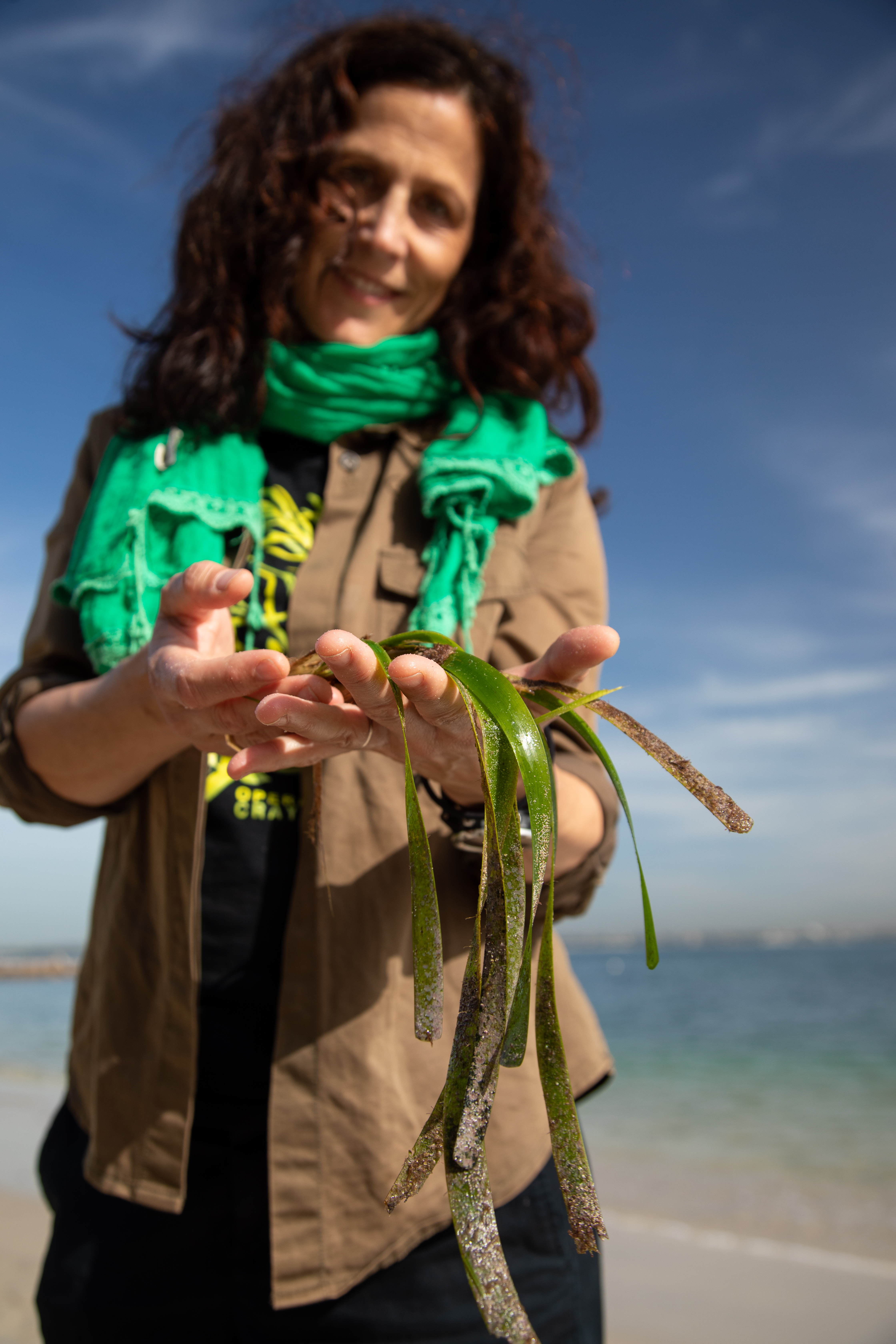 Q: What threatens the Posidonia seagrass meadows in NSW?

Historically it’s been coastal development and land reclamation, which can change sediment movement and smother seagrass meadows in sand. Excess nutrients from agricultural run-off are also damaging. But a lot of the seagrass losses in the past 10 to 15 years have been caused by boat moorings. Boats with swing moorings have chains that drag along the seafloor and remove absolutely everything underneath, leaving a bare patch we call a ‘mooring scar’. Posidonia is a major victim.

Q: How is Operation Posidonia making a difference?

We’re developing a process to restore those boat mooring scars. This starts with the replacement of swing moorings with environmentally friendly moorings, where heavy chains are replaced by neutrally buoyant rubber or other material. Then we use jute mats to stabilise the sediment on the bare patch and plant them with Posidonia shoots – like underwater gardening. We’ve done successful trials to restore old scars in Port Stephens, and have started projects in Lake Macquarie and now in Botany Bay.

Q: How will your Wild Innovator grant help?

The funds from the grant are kickstarting the restoration in Port Botany. We’ll be working with the Gamay Rangers, the Indigenous rangers who look after Country, because we want to combine Indigenous knowledge into our science. Bryce Liddell is one of the rangers and he is a science student here at UNSW; he did the initial research on the feasibility of collecting Posidonia shoots in the Bay.

The Wild Innovator program is also putting a lot of investment into storytelling to get more support for the restoration. We've just made a short film about this project that  will show all over the world. The hope is that, by raising awareness about the seagrass, you get more protection.

Q: Is there reason to be optimistic about restoring seagrass meadows?

Yes. In Europe, there’s no longer a trend of seagrass decline. In the US, Chesapeake Bay is one of the most successful restoration projects in the world. Seagrass restoration started there in 1999. They broadcast over 70 million seeds and succeeded in restoring 3,612 hectares of seagrass and regenerating the ecosystem.

We have a lot of the science that we need. It’s more about implementing it and providing enough [investment] for it to really scale up. On land, we’re actually getting quite good at restoring old mine sites. We need to develop the equivalent for the ocean. We need to develop a marine restoration industry.

The sisterhood of success

A legacy born of love, wanderlust and the search for meaning