Ovaries. Talk about them - How you can change the outlook for ovarian cancer

Associate Professor Caroline Ford and her powerhouse medical research team at UNSW have partnered with global fashion brand CAMILLA AND MARC on a new campaign to advance ovarian cancer research. 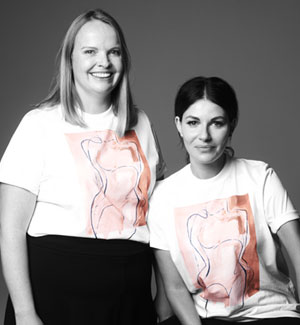 With the launch of the “Ovaries. Talk about them” campaign on 2 March, the dynamic partnership is set to drive vital awareness and research funding through a limited edition t-shirt collection. The t-shirts will be available in-store and online at CAMILLA AND MARC boutiques nationwide.

All proceeds from shirt sales will be directly donated to Associate Professor Caroline Ford and her team to fund the development of an early detection test for ovarian cancer.

“Developing an effective detection test for ovarian cancer will be a game changer for this disease, as you will be able to catch cancer early and cure through surgery” says Associate Professor Ford. “We have already made good progress, but this extra funding will give our research a significant boost.”

In Australia three women die from ovarian cancer every day, while globally it impacts the lives of 300,000 women annually, causing 184,000+ deaths. The overall five-year survival rate is 43%, however, this dramatically reduces the later the diagnosis is made. Patients diagnosed at stage IV face only a 17% five-year survival rate. 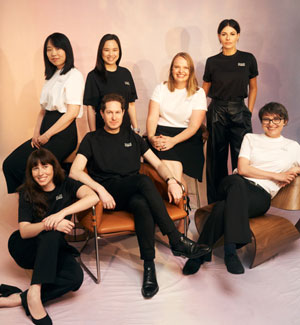 “Currently, 75% of women are diagnosed when the cancer is already at an advanced stage. Those statistics are part of what drove me to devote the past 30 years of my career to research early detection of the disease,” says Professor Ian Jacobs, UNSW President and Vice-Chancellor, and former women’s cancer surgeon and world-renowned gynaecological oncology researcher.

“When working as a women’s cancer surgeon, I too often saw the suffering caused by ovarian cancer. [This campaign] will not only raise funds for ovarian cancer research but also awareness of a disease that deserves our attention.”

The label’s Creative Director Camilla Freeman-Topper and CEO Marc Freeman were motivated to launch this campaign after losing their mother to ovarian cancer when they were aged just 11 and 13, respectively. 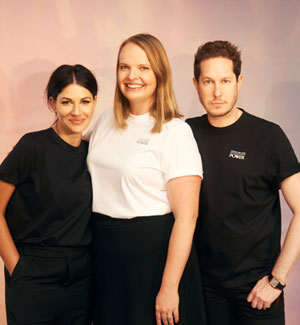 “Along with countless others, we sadly lost our mother to ovarian cancer 28 years ago due to a late diagnosis. The pain of losing my mother so suddenly was devastating and one of the most difficult things I have ever had to encounter, says Freeman-Topper.  “We want to start a powerful conversation now, so that our children and future generations can look forward to a future where deaths from ovarian cancer are a rarity rather than the norm.”

“The statistics for women who are diagnosed with ovarian cancer are not positive … that’s simply not good enough,” adds Freeman. “The money we raise will go directly to the scientists; investment in people leads to advances in medicine - this is how we will find a cure.”

The first limited edition t-shirt is a collaboration with Perth-based artist Rina Freiberg to honour the female form.

“This kind of campaign is effective because it spreads awareness of the disease. It also uses outlets that we don’t generally use in disseminating research – fashion magazines, influencers, weekend newspapers etc. This changes the reach, but also changes the messaging from being something abstract that you may have heard of, to a cause that you need to get behind,” says Associate Professor Ford.

“It is crucial that we shine a light on this devastating disease and change the outlook for our sisters, daughters, mothers and friends.”

Purchase your limited edition CAMILLA AND MARC t-shirt today, or give now to support UNSW to validate an early detection test.